I love running. Not only is it a great way of exploring places while traveling, managing stress levels, and in general staying fit, it is also an activity that can engender a certain… conviviality? When you have been pushing yourself for a good thirty minutes and you pass another runner going flat out, you momentarily sense this primal connection between you two.

While the team-building effects of shared suffering are well known — think of The Crucible — what is interesting about meeting runners out in the wild is that you are of course by no means a team. You are two strangers passing at 25km/h or more. Yet those few seconds are all it takes to communicate a kinship, an acknowledgement that you are, in some way, in it together.

Many of you will be well acquainted with the adage that you build analytical capabilities by focusing on people, platforms, and processes. Yet, we know that many data projects fail, despite at first glance the aforementioned boxed being checked. While there are many different factors we can identify, such as faulty strategies, erroneous architectures, and inadequate investment, perhaps we should consider another culprit: a lack of empathy.

Whether it is a business leader discounting the rigorous analyses conducted by a data scientist, a network engineer stubbornly refusing to consider opening a firewall port for a data engineer, or a data product manager blithely dismissing the complexity of an enterprise application, empathy is sorely lacking in all of these situations. In each scenario, people are not empathising with the other party. They are not stopping to consider how the other person is feeling, leading to frustration and a lack of progress.

These disconnects can occur within teams as well, such as in cases where a non-technical manager fails to acknowledge the legitimate complaints of their developers, or a data scientist dismisses a business partner role as a job “anyone can do.” This lack of empathy can introduce friction at best and cause a stalemate at worst. Instead of growing closer as people solve a problem together, they become more dismissive of the other’s efforts.

The great thing about empathy is that “why should I help address their concerns” tends to become “how can I help address our concerns?” As cliche as it is to talk about “one team, one dream,” those who are able to empathise effectively with another are able to mentally “join teams.” From this perspective, problem solving becomes much easier as they are now able to clearly see the actual roadblocks, as opposed to the imputed obstacles.

Empathy binds runners, particularly those who run longer distances, through a familiarity with the curious mix of anaerobic pain and endorphin pleasure. In a similar manner, spending time to understand stakeholders’ and partners’ roles in enough detail that you can empathise with their hopes and fears, is a worthwhile investment when trying to accomplish a challenging project. After all, empathy is instinctively recognisable and one of the most powerful ways to build trust. You do not even need to run.

Get the latest posts delivered right to your inbox 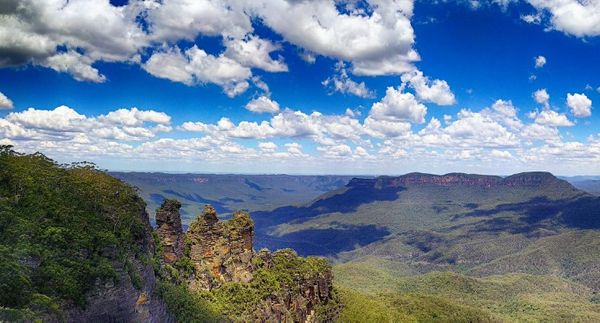 As I have mentioned before, one of my resolutions was to publish an article every Tuesday. With 26 instalments out we are now halfway…

We are currently at peak popularity when it comes to artificial intelligence — at least, if you believe that Google’s global search data…

Stay up to date! Get all the latest & greatest posts delivered straight to your inbox